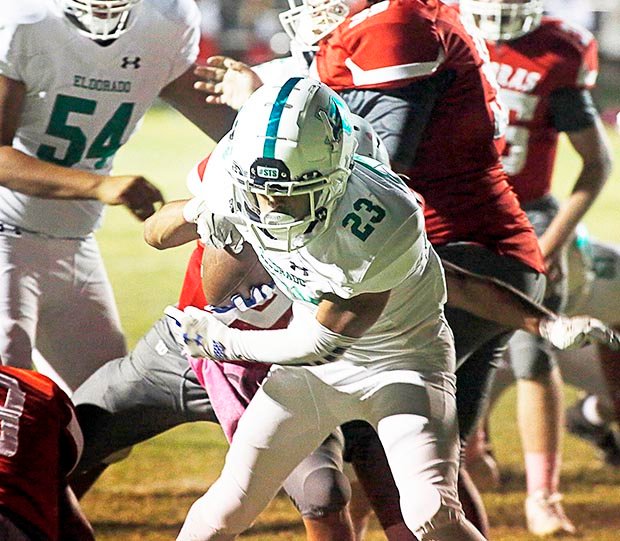 Eagles Get 35-12 Win Over the Angoras in Rocksprings

Korbin Covarrubiaz ran for three touchdowns and threw for another as the Eldorado Eagles showed off their brand new white helmets in their 35-12 victory over the Rocksprings Angoras on Friday, October 16th, for their second consecutive win in District 14-2A play. 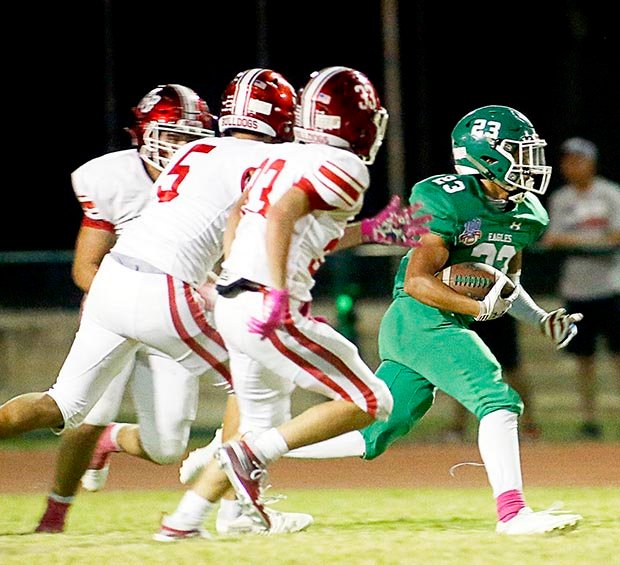 The Eldorado Eagles coasted to a 35-6 win over the Miles Bulldogs on Friday, October 9th at Larry Mitchel Stadium in Eldorado. The Warbirds were never really challenged in the game as they put 28 points on the board and held the Bulldogs scoreless in the first half. The Eldorado Eagles will begin district play on Friday, October 8th when the Miles Bulldogs come to town. Both teams took last week off to rest and heal up following tough non-district schedules. 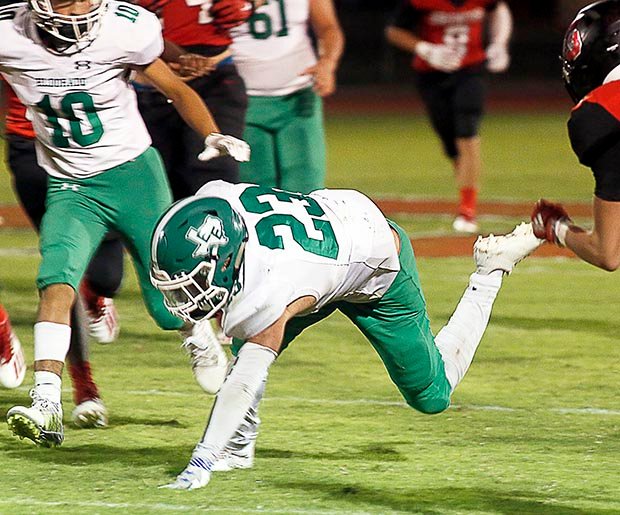 It had been 15 years since the Eldorado Eagles and the Sonora Broncos had met, and Friday night’s game at Bronco Stadium made up for the long wait. With a total of 86 points, five turnovers, and two overtime periods, the game was ultimately decided by a handful of big plans and culminated in a 44-42 win for the hometown Broncos. Eagles, Broncos to Play for First Time in 15 Years

Eldorado and Sonora haven’t played a varsity football game since September 30, 2005. The two teams met in Bronco Stadium for that one, a district game that Sonora won 27-0. The rivalry will be restored Friday evening, September 25th, when the Warbirds return to Sonora for a non-district contest that will be played under the UIL’s COVID-19 restrictions. 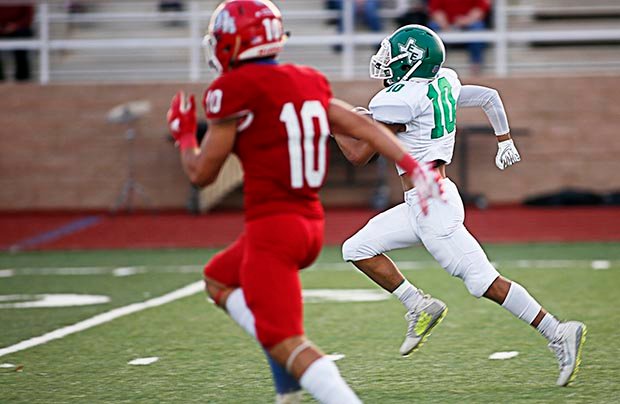 The Eldorado Eagles fell behind early against the Coahoma Bulldogs and couldn’t close the gap despite a three touchdown rally late in the game. The Bulldogs claimed the 39-34 victory in front of a small home crowd, reduced in size by the Covid-19 pandemic, on Friday, September 11, 2020. 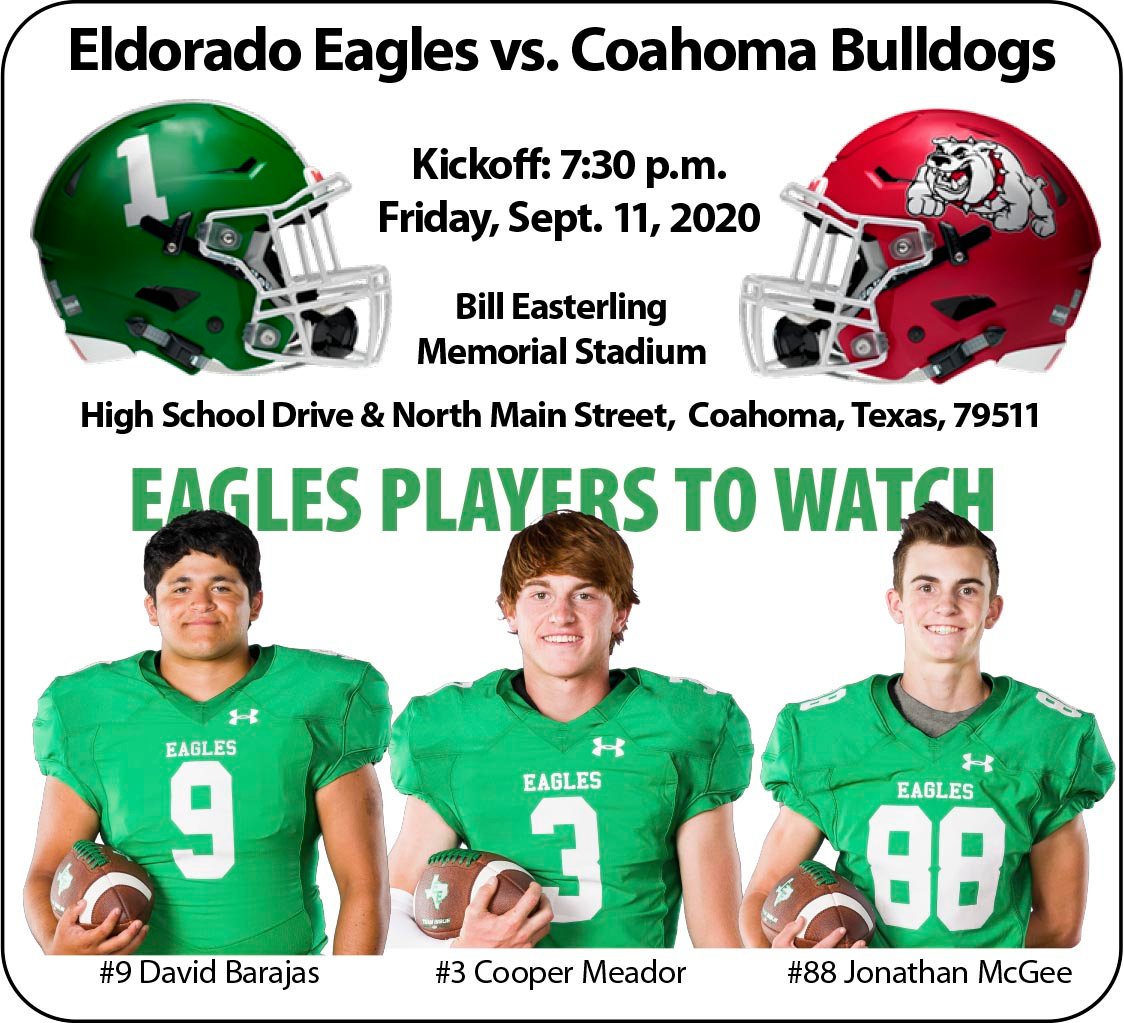 The Eldorado Eagles will hit the road on Friday, September 11th, for the 140-mile trip to Coahoma where they will take on the 2-0 Coahoma Bulldogs. The Eagles are fresh off their 51-19 pounding of Winters last Friday at Larry Mitchel Stadium in Eldorado. 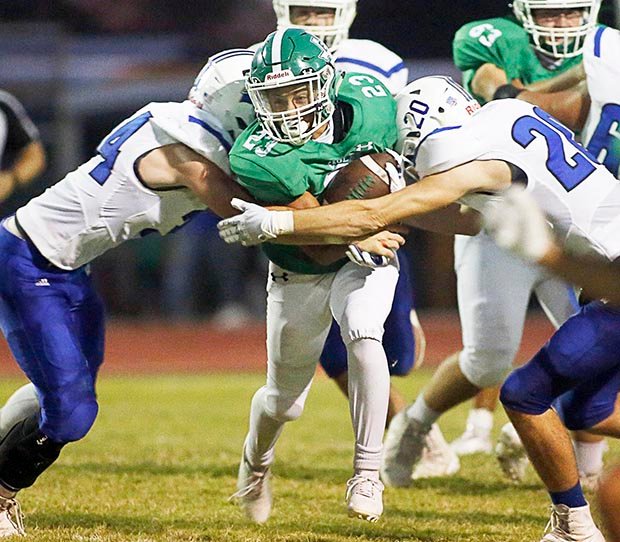 The Eldorado Eagles had plenty of weapons to choose from and they made use of all of them to defeat the Winters Blizzards 51-19 on Friday evening, September 4, 2020 at Larry Mitchel Stadium in Eldorado. 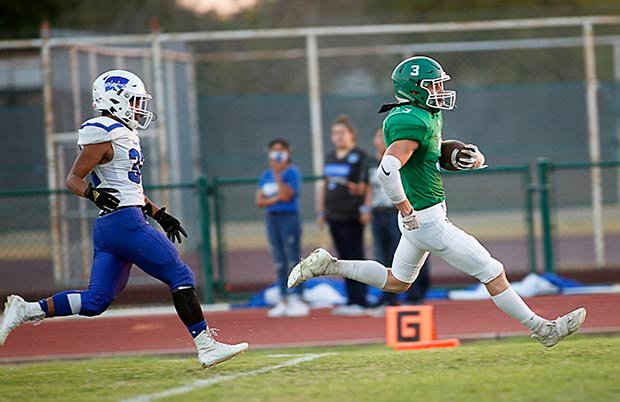 Eagles Cruise to 51-19 Win over Blizzards

Cooper Meador caught three TD passes from Korbin Covarrubiaz and snagged an interception on defense while James Kimble added two rushing touchdowns and receiving TD to pace the Eldorado Eagles to a 51-19 victory over the Winters Blizzards on Friday, September 4, 2020 at Larry Mitchel Stadium. 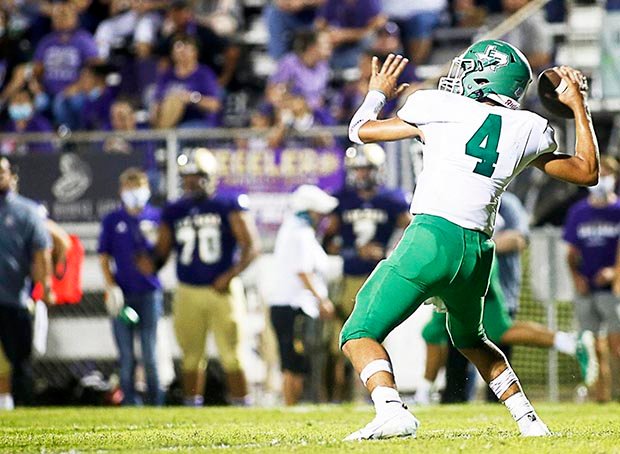 The temperature on the bank sign in downtown San Saba read 105 degrees moments before kickoff at Rogan Field for the season opener between the Eldorado Eagles and the San Saba Armadillos. And, the action inside the stadium was just as hot, if you were a San Saba fan, as the Armadillos cruised to a 56-14 win. Coach Jon Long will lead his Eldorado Eagles football team onto the turf Friday night, August 28th at Rogan Field in San Saba where they will face the Armadillos in the season opener for both teams. The game will be the first that either team has played under the UIL’s strict COVID-19 regulations. Attendance will be limited, with fans having to purchase tickets in advance. 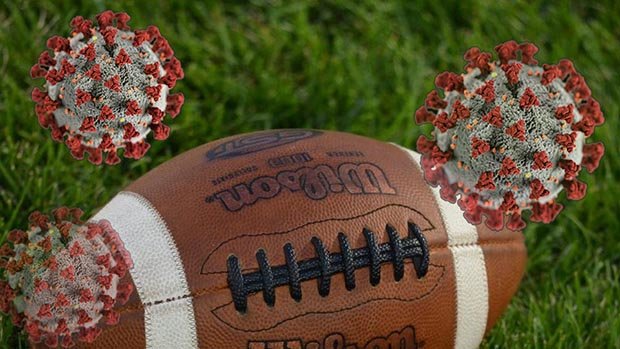 The Eldorado Eagles football season is still on go, according to Head Coach Jon Long. The University Interscholastic League (UIL) on Tuesday released its modified calendar, which significantly impacts football at larger schools, but not the smaller ones. 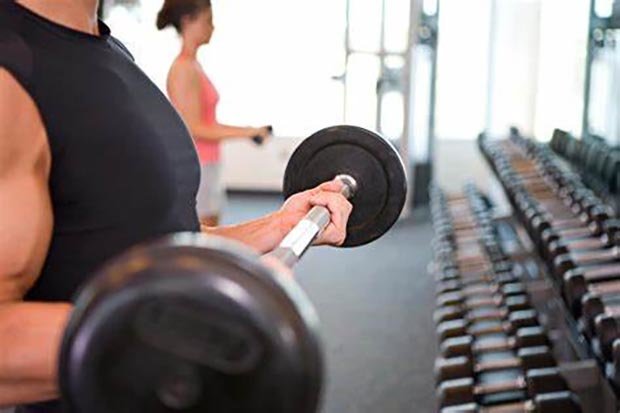 SCISD Athletic Director Jon Long released the schedule this week for the Eldorado Eagles Strength and Conditioning Camp. The camp, which is being conducted under the UIL’s recently relaxed rules, will begin on Monday, June 8th and will continue through July 30th with a few “off days” scheduled throughout. 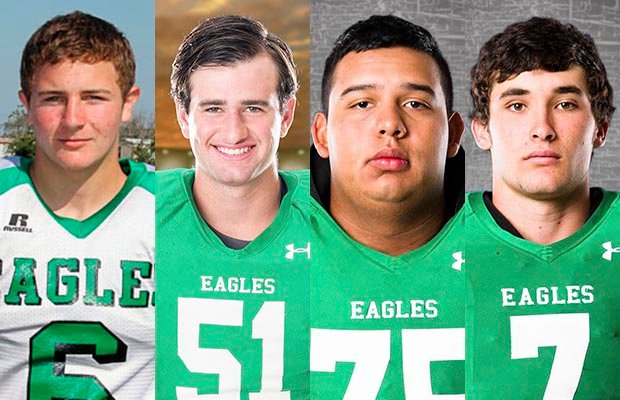 Schleicher County ISD athletic director and head football coach Michael Johnson notified his students and players on Monday that he has accepted the head coaching position at Heniretta High School. The Eldorado Eagles baseball team is 6-3 in non-district play. They opened the 2020 season on Monday, February 24th and posted wins over Harper’s varsity and JV squads, San Antonio Cole, Sonora, and a pair of wins over Texas Leadership Charter Academy (TLCA) while dropping games to Sonora, Harper and the Marble Falls JV. They also placed third in the Sonora Tournament. The Lady Eagles claimed impressive wins over Grape Creek, Junction and the Texas Leadership Academy (TLCA) while dropping a game to Sonora as they opened the 2020 season with a 5-2 record.