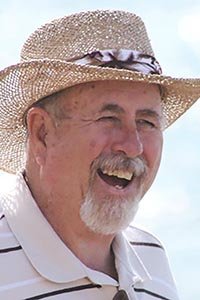 Roger Keith Nolen, son of Robert Nolen and Viola Ruth Woodward, left this world on April 4, 2021, to be with his loving wife Mary. He died peacefully with his daughter by his side at Shannon Medical Center in San Angelo, Texas.

Keith lost Mary in June of 2011 after 41 years of marriage. He missed her every day but made the best of his time by spending it with their family and friends. He felt that his greatest accomplishment was the life he built for his family on a foundation of love and support.

He was born July 20, 1948, in Eldorado, Texas, in a house 20 feet from his lifelong family home. He is a 1966 graduate of Sonora High School and later attended Southwest Texas Junior College before opting for a more adventurous life by enlisting in the US Army in May of 1969. In the Army, he trained to be a Chinese linguist and was recruited into the United States Army Security Agency. This took him to Taiwan where he intercepted encrypted Chinese communications and screened for coded messages as part of the Vietnam War effort. After leaving Taiwan, the Army determined he was so highly skilled that they promoted him to Staff Sergeant and assigned him to Chinese language instructor duty at Goodfellow Air Force Base, Texas.

Keith was well-known for his work ethic. After his tour with the US Army, he took on a number of different jobs until he settled into the life of an oilfield hand. During his tenure in the oilfield business, he succeeded in many positions, ranging from driver to manager and everything in-between. After 40 years of back-breaking work, he decided to retire and focus on his family and hobbies.

Keith will be laid to rest with military honors at the Schleicher County Cemetery Chapel on July 10, 2021, at 10 a.m. All are invited to attend and pay their respects to a devoted husband, loving father, dedicated friend, and patriotic countryman.