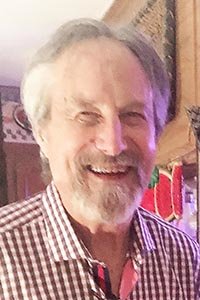 At the age of eight, Jerry and family moved from Eldorado to Fort Stockton, TX where he graduated from high school in 1965. Jerry enrolled at Texas Tech University where he graduated in 1972. After graduation Jerry worked for SEDCO in Dallas designing down hole tooling for the oil industry.

Jerry married Patricia (Patty) Hicks in 1979 and lived there with his wife until his death. Soon after his union with Patty he accepted salvation from the Lord and has been a dedicated servant ever since. From then until his death he immersed himself in God’s Word and has written and published several books which can be found on Amazon. His passion was the challenge of clarifying theological controversy. Jerry loved life, he loved his fellow man and he loved the Lord. Friends and family can be confident that Jerry is basking in the Glory of the Lord.

Preceding in death was his father, Jack Alton Shugart, his mother Lorena Oliver Shugart, and his sister Janie Shugart.

He is survived by his wife, Patty, his son Jack and his sister Jacquelyn McClure. He is also survived by first cousins, Danell McCormack, of Eldorado and Larry Meador of Dallas.