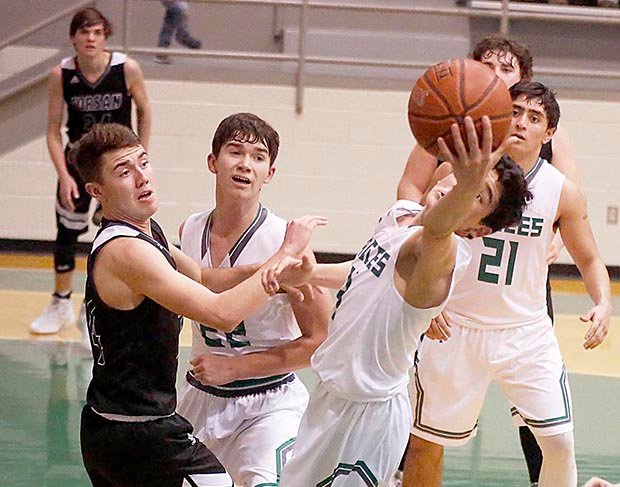 The Eldorado Eagles basketball team notched up a 52-35 win over Ozona on Friday, February 8th, then dropped a game to league-leading Forsan on Monday, February 11th by a score of 58-54 to close out the District 7-2A schedule. 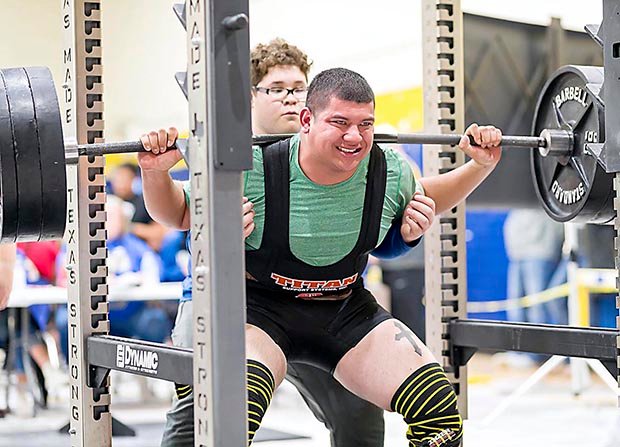 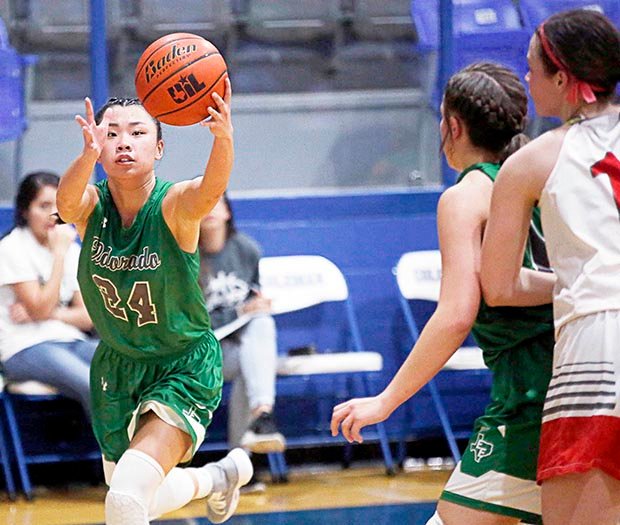 The Eldorado Lady Eagles dropped a 32-30 heart-breaker to the Albany Lady Lions in Coleman Monday evening, February 11th and bowed out of the State 2A Playoffs. 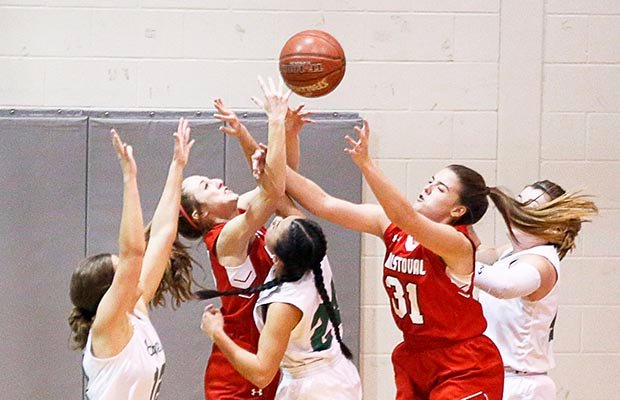 Lady Eagles to Face in Albany Lady Lions in Playoffs

The Eldorado Lady Eagles will face the Albany Lady Lions on Monday, February 11th in the opening round of the State 2A basketball playoffs. The two teams will meet in Coleman for a 7 p.m. tipoff. 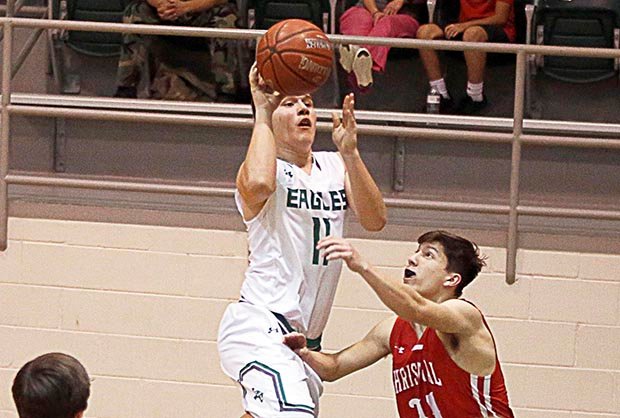 The Eldorado Eagles basketball team dropped a pair of district games on Friday and Tuesday, losing to Miles and Christoval by a score of 48-40 in each contest. 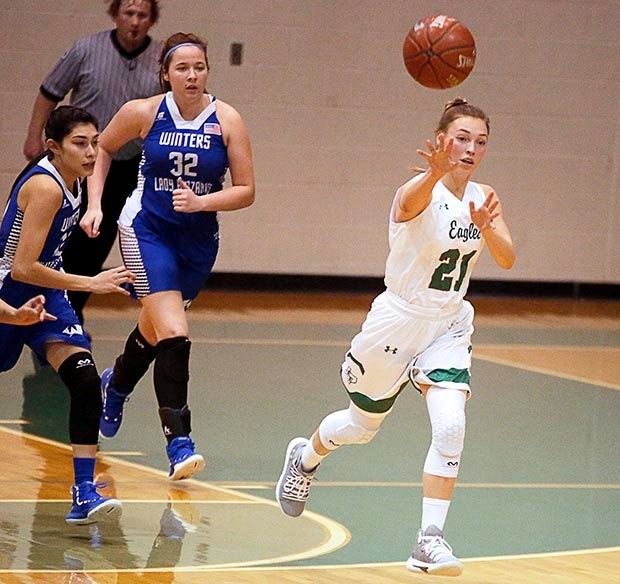 The Lady Eagles suffered their their first district loss to Christoval on Friday, January 18th but returned to their winning ways on Tuesday, January 22nd by defeating the Ozona Lady Lions 59-31 in Ozona. 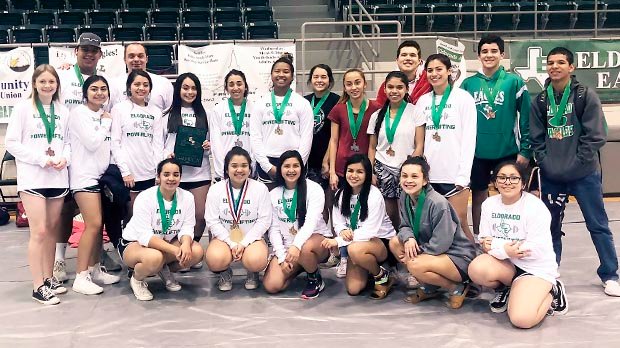 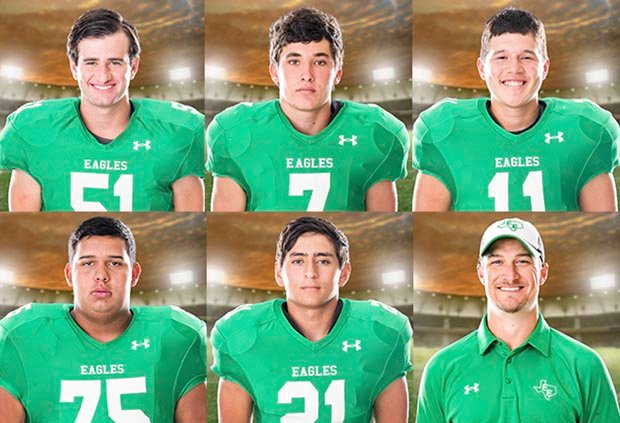 Post-season Honors Continue to Shower Down on Eldorado Eagles

Few hereabout would argue the fact that Coach Michael Johnson has resurrected the Eldorado Eagles football program and remade it into a winner. But, for those who still required proof, it came last week in the form of additional postseason honors as Johnson and several of his players were selected to the San Angelo Standard-Times All-West Texas Team. 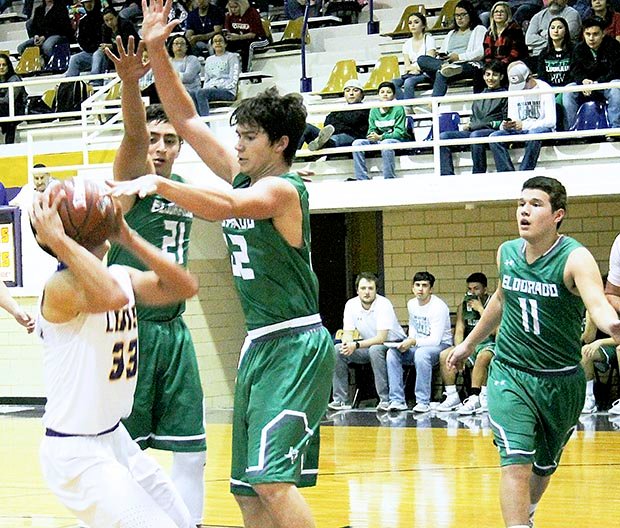 Eagles Remain Undefeated in District with Wins Over Christoval and Ozona

The Eldorado Eagles boys basketball team is 4-0 in District 7-2A after pair of road wins over Christoval and Ozona. 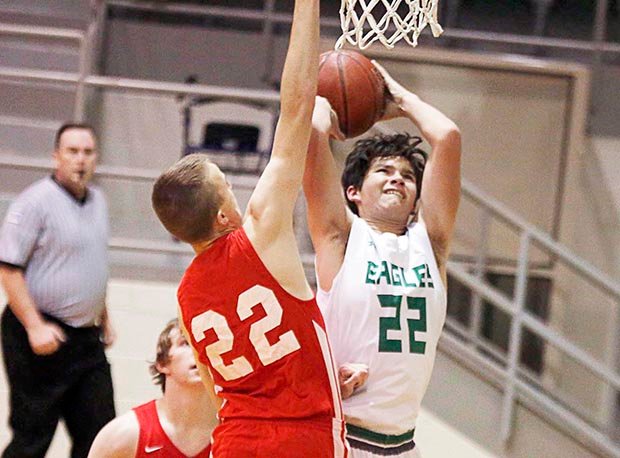 The Eldorado Eagles eked out a 63-62 win over the Miles Bulldogs in Eagle Gym on Tuesday, January 15th giving the Warbirds their second straight win in district play. 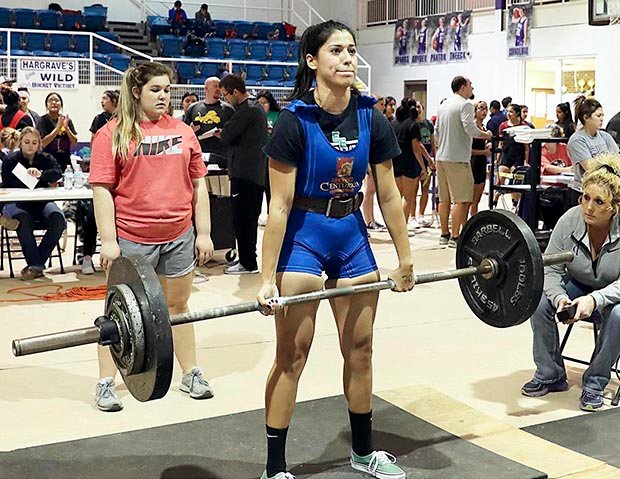 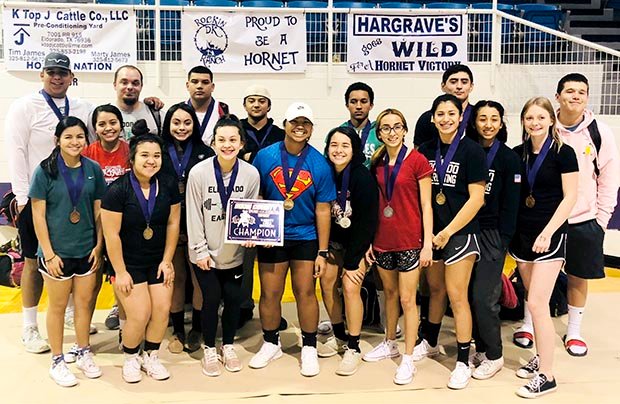 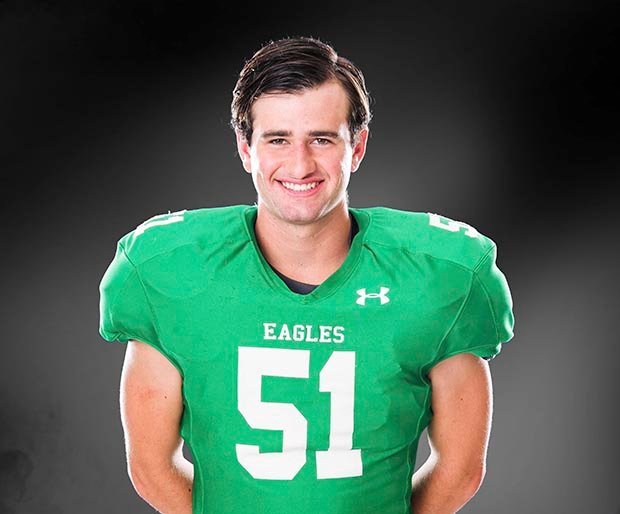 Eldorado’s Jack Griffin was named to the Associated Press Class 2A All-State Football Team this week by the state’s sportswriters. 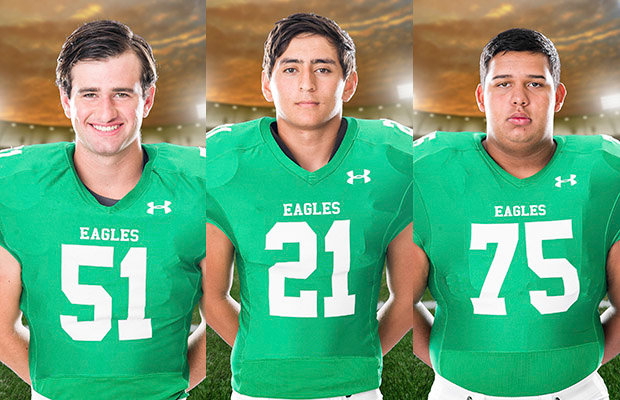 The Eldorado Eagles placed 20 players on the District 8-2A Division II All-District football team. They claimed a total of 23 positions and,the Eagles coaching staff was named as the district’s Staff of the Year. The All-District team was announced this week after all four district teams were eliminated from the 2A state playoffs. 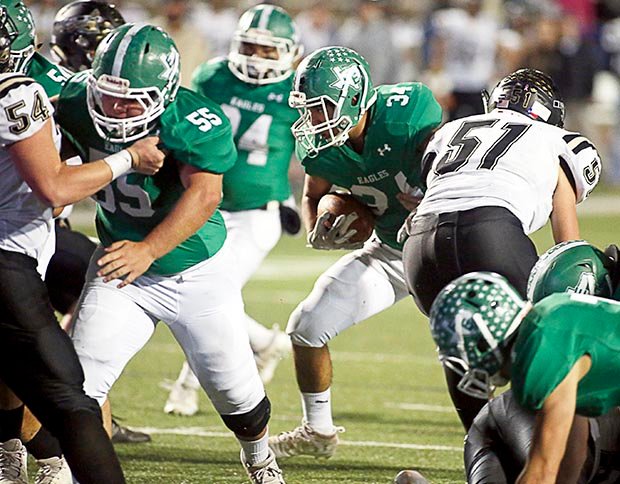 The Eldorado Eagles found themselves behind early as the Haskell Indians jumped out to a 14-0 lead on Friday, November 16th at San Angelo Stadium where the two teams met in the opening round of the State 2A Playoffs. 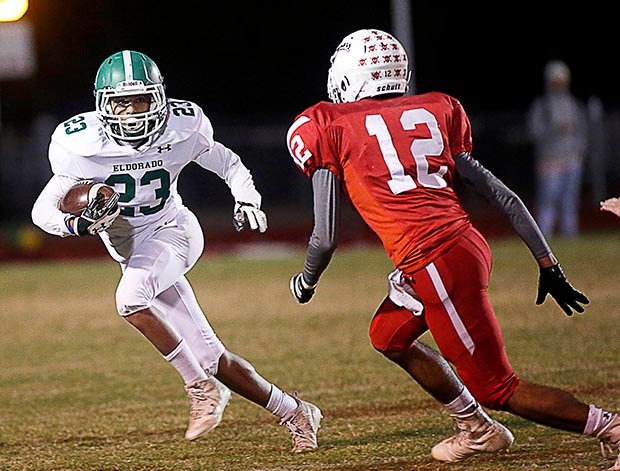 The Eldorado Eagles will host the Haskell Indians Friday night at San Angelo Stadium in the Bi-District round of the State 2A Playoffs. Kickoff time is 7:30 p.m. and the Eagles will be on the west side or “home side” of the stadium. 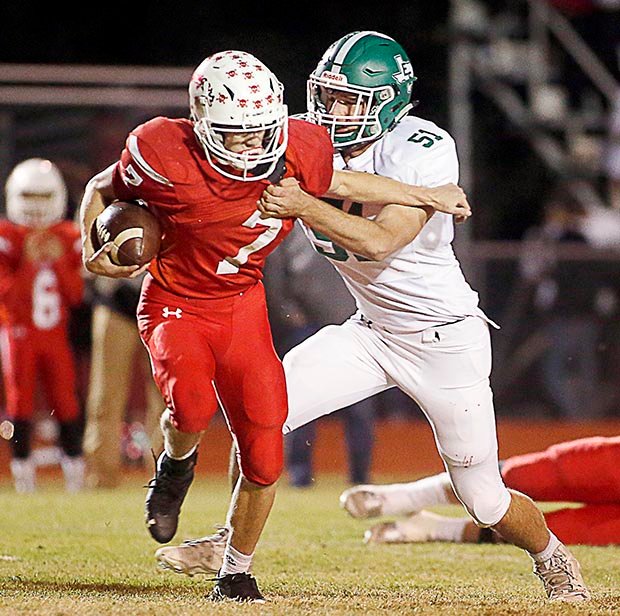 The Eldorado Eagles fell to the Christoval Cougars 39-30 on Friday, November 9th at Jack Pardee Memorial Stadium in Christoval. The game closed out the 2018 regular season for the two teams and sent them both into the playoffs with a partial claim the District 8-2A title. 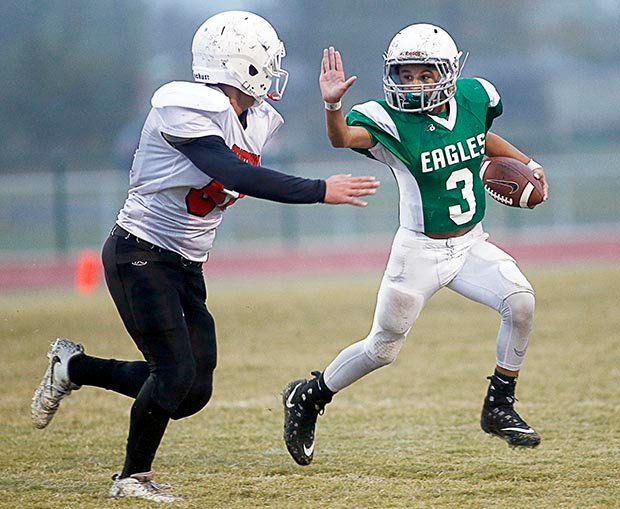 The season didn’t end the way the Eldorado Middle School Eagles would have liked last Thursday as they fell to Christoval 37-12 in Larry Mitchel Stadium. 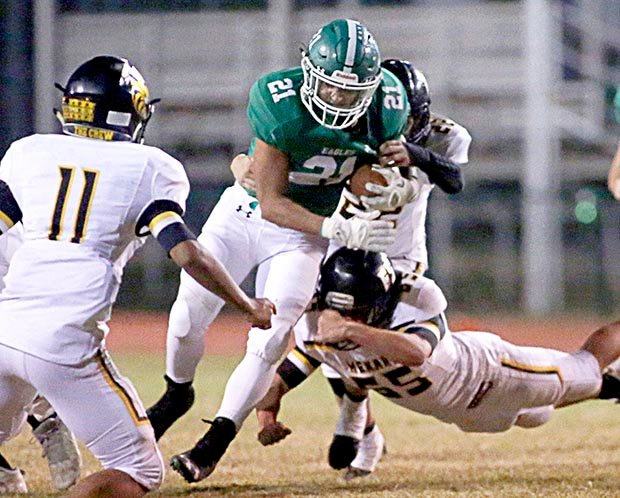 The Eldorado Eagles defeated the Menard Yellowjackets 48-0 Friday, November 2nd, and took over the lead in District 8-2A with one game left to play in the 2018 regular season.

The Eldorado Middle School Eagles were flying high last Thursday as they traveled to Menard and brought home a 50-6 victory.