The Eldorado Eagles opened district play Friday, October 18, with a chip on their shoulder and it paid off with a 70-0 win over the Miles Bulldogs. Reporters and broadcasters from San Angelo had overwhelmingly picked the Bulldogs to avenge their 48-0 to Eldorado just a year ago. It didn’t work out that way. 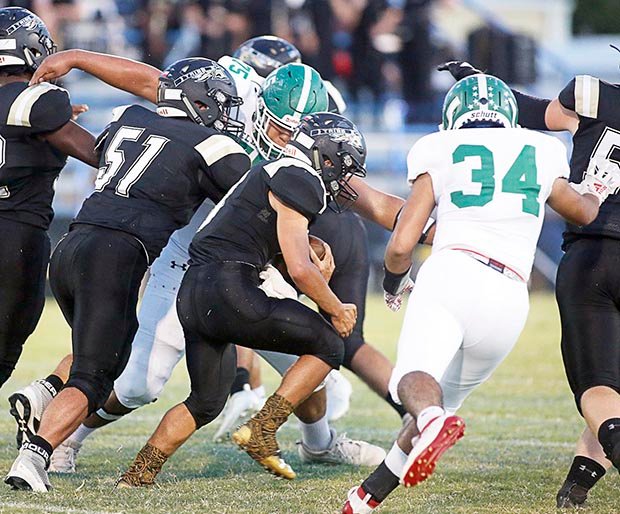 The 5-1 Eldorado Eagles will see their first District 2-2A action this week as they travel to Miles to take on the Bulldogs. 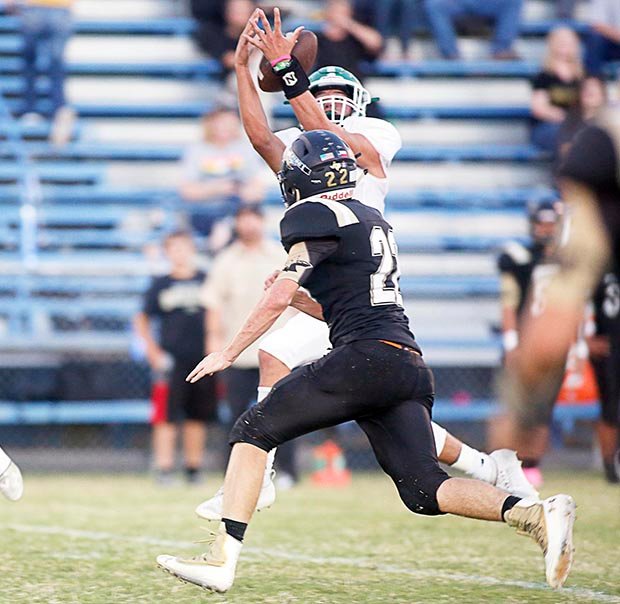 Eagles Get Revenge in 35-14 Win Over Haskell Indians

The Eldorado Eagles went to Winters looking for some payback on Thursday, October 3rd, and found it the second half of their 35-14 win over the Haskell Indians. 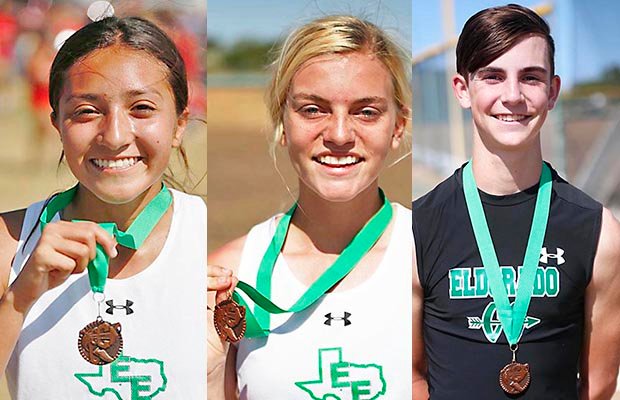 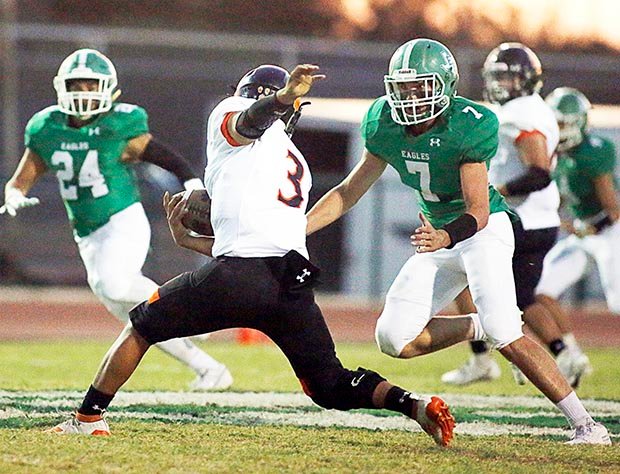 The Eldorado Eagles defeated the McCamey Badgers 62-32 Friday night, September 27th, at Larry Mitchel Stadium in Eldorado. The Warbirds attacked the Badgers on the ground, through the air, and with back-breaking defensive plays, including three interceptions, two of which were returned for touchdowns. 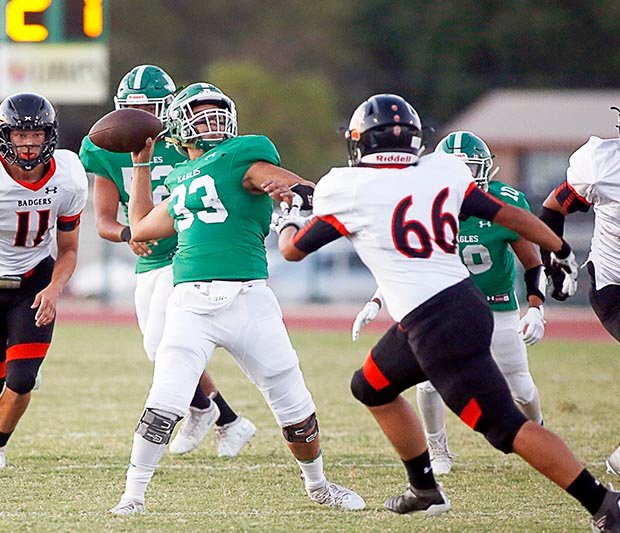 The Eldorado Eagles defeated the McCamey Badgers 62-32 Friday night at Larry Mitchel Stadium in Eldorado. The Warbrids attacked the Badgers on the ground, through the air, and with back-breaking defensive scoring plays to claim the victory. 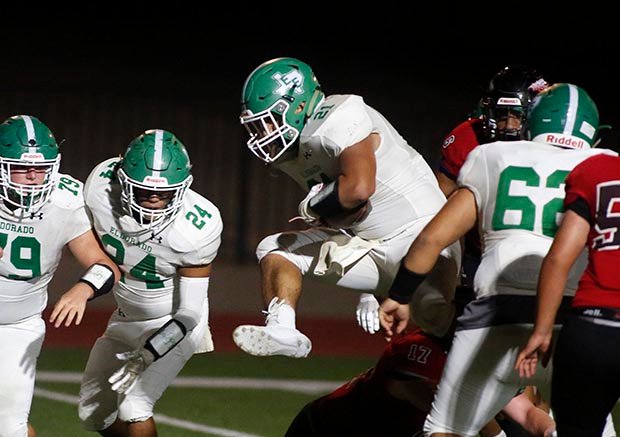 An Ugly Win Is Still a Win, Eagles Defeat Iraan 36-0

The Eldorado Eagles were expected to coast to an easy, lop-sided victory over the Iraan Braves on Friday, September 20th in Iraan. And...while the 36-0 final score was skewed in the Eagles’ favor, there was nothing easy about the win. Covarrubiaz Is 2019 Built Ford Tough Player of the Week

Eldorado Eagles quarterback Kevan Covarrubiaz has earned the 2019 Built Ford Tough Texas High School Player of the Week for the 2A Division for his performance in last week’s 46-22 win over the Brackett Tigers, his good standing on the team, and his achievements off the playing field. 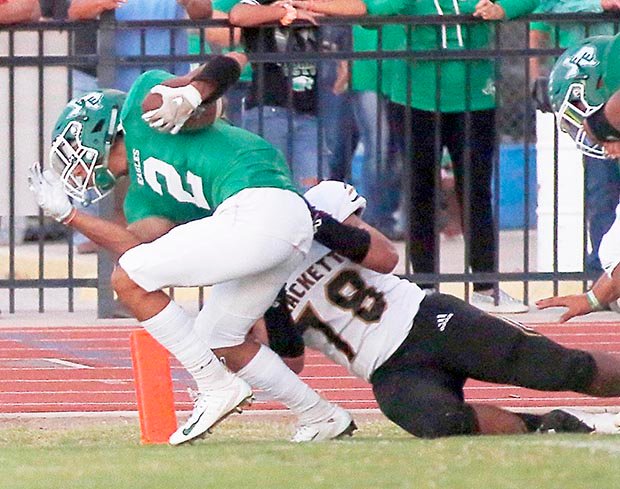 The Eldorado Eagles suffered no bad luck or other ill effects from playing on Friday the 13th last week they claimed a 46-22 win over the Brackett Tigers. The victory came in front of a large Homecoming crowd that had filled Larry Mitchel Stadium for the occasion. 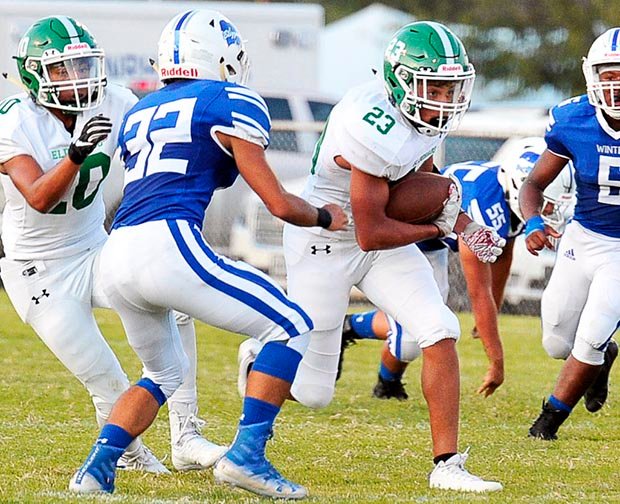 The Eldorado Eagles will host the Brackett Tigers on Friday, September 13th as current and former EHS students gather to celebrate Homecoming 2019. As the Tigers come to town, they will be looking to avenge the 30-19 loss they suffered to Eldorado last year in Brackettville. 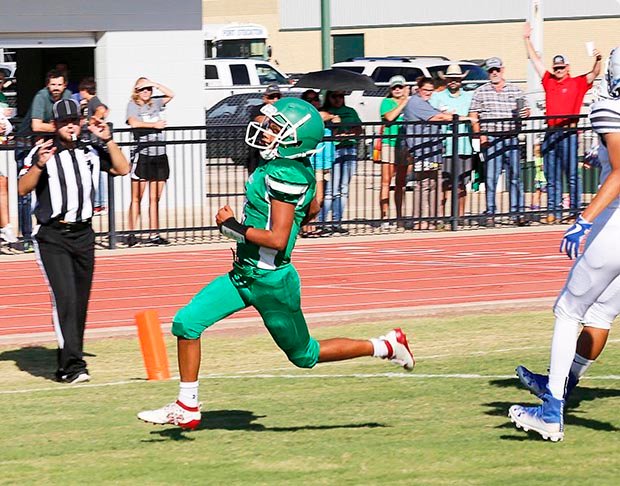 Mario Arispe carried the ball into the end zone from inside the five yard line to give the Eldorado Eagles JV squad and early lead over the Winters Blizzards JV on Thursday, August 5th at Larry Mitchel Stadium in Eldorado. 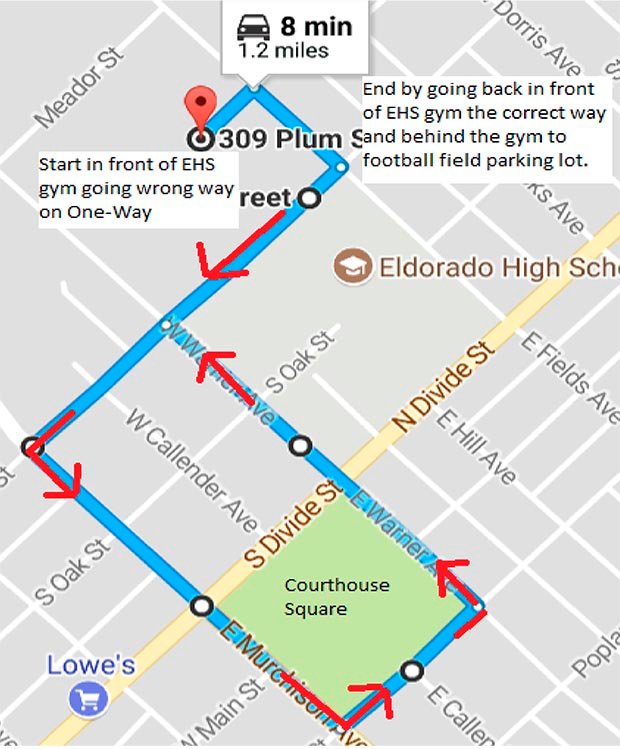 EHS Homecoming Week kicks off on Monday, September 9th with Crazy Day. Students are encouraged to wear crazy socks, crazy hair, and the like, as the Eldorado Eagles look forward to hosting the Brackett Tigers on Friday, September 13th. 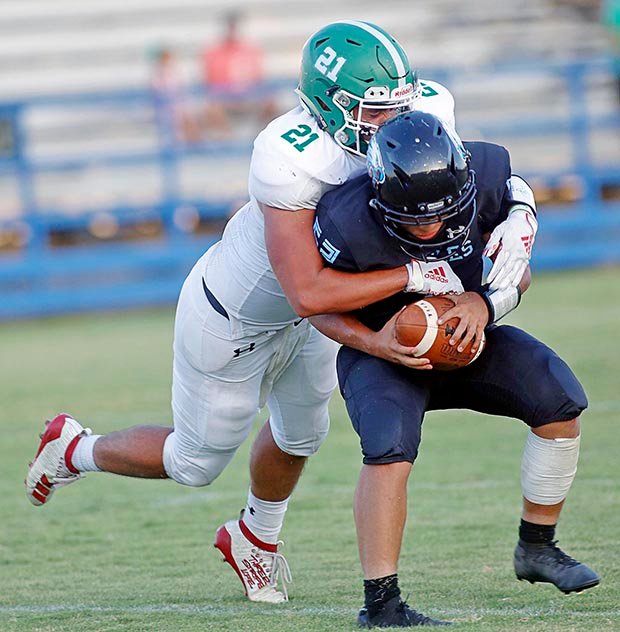 The Eldorado Eagles scored early and often as they cruised to a 47-6 season-opening victory over TLC Academy at Lake View Stadium in San Angelo on Friday, August 30, 2019. 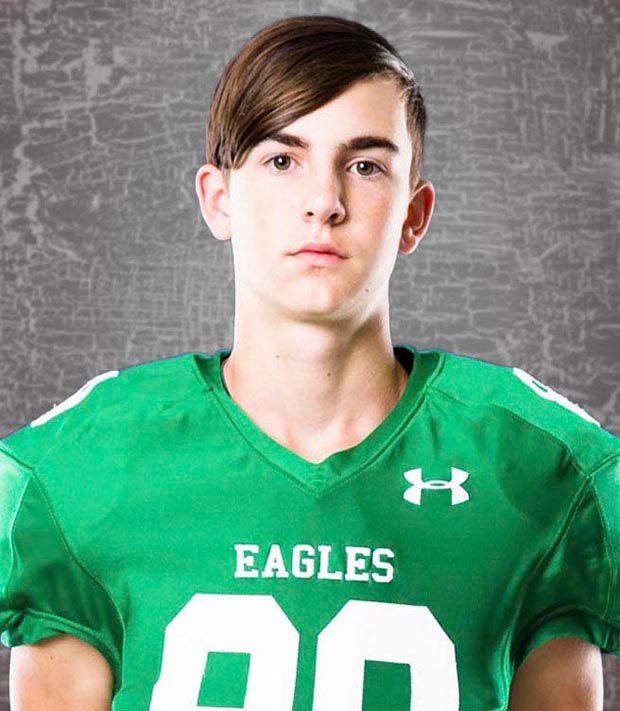 Eagles to Take on TLCA in Season Opener

It’s not unusual in small towns like Eldorado to see a member of the football team remove his pads and march with the band at halftime. EHS sophomore Jonathan McGee is taking it a step farther than that as the Eldorado Eagles football team and the Mighty Eagle Band take the field for the 2019 season. 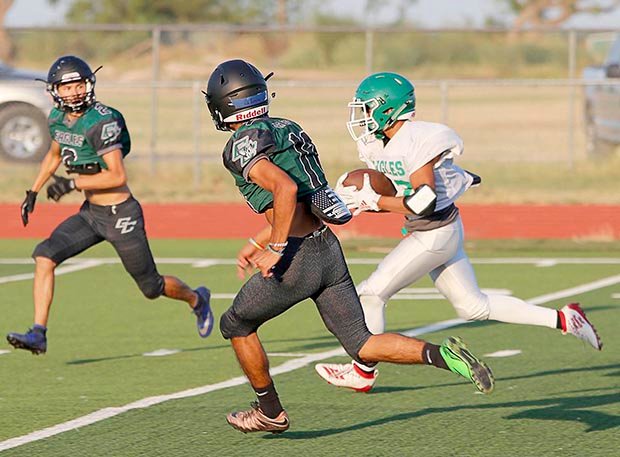 Warbirds Shine in 3-Way Scrimmage with GC and Forsan ‘Meet the Eagles’ on Monday Night

Eldorado Eagle Boosters will be hosting the 2019 Meet the Eagles for EHS football players, cross country, cheerleaders and the Mighty Eagle Band at 6:45 p.m. on Monday, August 19th in Larry Mitchel Stadium. The 30th Annual Shannon Harber Relays were held Thursday, May 16, 2019 at Larry Mitchel Stadium. The relays are held each year in memory of a special Eldorado Elementary coach named Shannon Harber. Seven members of the Eldorado Eagles baseball team received post-season honors this week after the final teams from District 5-2A were eliminated from the State 2A Playoffs.